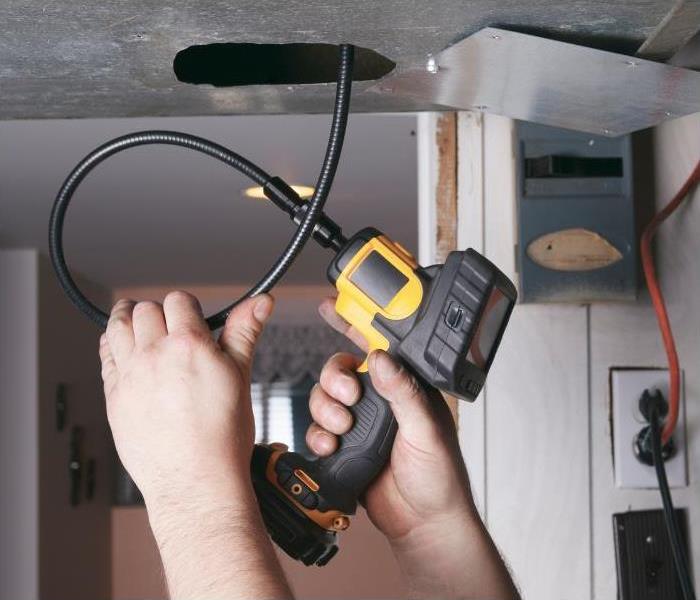 Contact the professionals at SERVPRO when there is an awful smell in your apartment duct system.

Odors inside an apartment can be tough to remove without professional help.

If you are a property manager who manages an apartment complex, you understand how hard it can be to get away from the smell of cooking and other apartment odors that build up over time. The worst part about apartment odors is that they affect the surrounding apartments!

In this blog post, we will look at the three most common types of odors that we have found to affect an apartment complex and why you should contact us when there is an odor that seems impossible to remove.

3 main types of odors in found in apartments

The professionals at SERVPRO of Downtown Atlanta have built relationships with property managers throughout Atlanta, Georgia. As a result, all of our property managers have chosen us to be their go-to commercial service provider because they know that we perform fast high-quality services.

The majority of the service calls we receive are in regards to fire, water, and mold restoration services. Still, often we also receive calls when a property manager requires apartment odor removal services.

Out of all of the apartment odor removal call that we receive, the following are the three most common:

Apartment odors trapped in the ducts

More severe odors are likely to travel into an apartment's duct system and affect multiple other units. The best way to remove odors in a duct system is to hire duct cleaning professionals because they have the equipment and knowledge to remove unwanted odors from the ducts.

Earlier last month, the professionals at SERVPRO received a call from a property manager who was in desperate need of odor removal services. The odor was coming from the duct system and had affected multiple units on the third floor of an eight-story apartment complex in Atlanta.

When our fast responders arrived, we noticed that there was something unusual inside the duct system. After further inspection, we found that the apartment odor was coming from a dead animal trapped in the duct system.

Moving forward, we removed the dead animal and wiped down the affected area. Lastly, we applied a SERVPRO approved deodorant to ensure that the nasty odor would stop affecting the surrounding apartments.

You can count on SERVPRO.

When you choose to hire SERVPRO, you can count on apartment odor removal that will be effective and efficient.

As a locally owned business, SERVPRO of Downtown Atlanta is committed to providing the best apartment odor removal in Atlanta, Georgia. Not only do we offer commercial odor removal, but our certified IICRC technicians also have extensive experience removing all types of odors from residential properties.

Please contact us today if you need professional assistance locating and removing any unwanted odors!